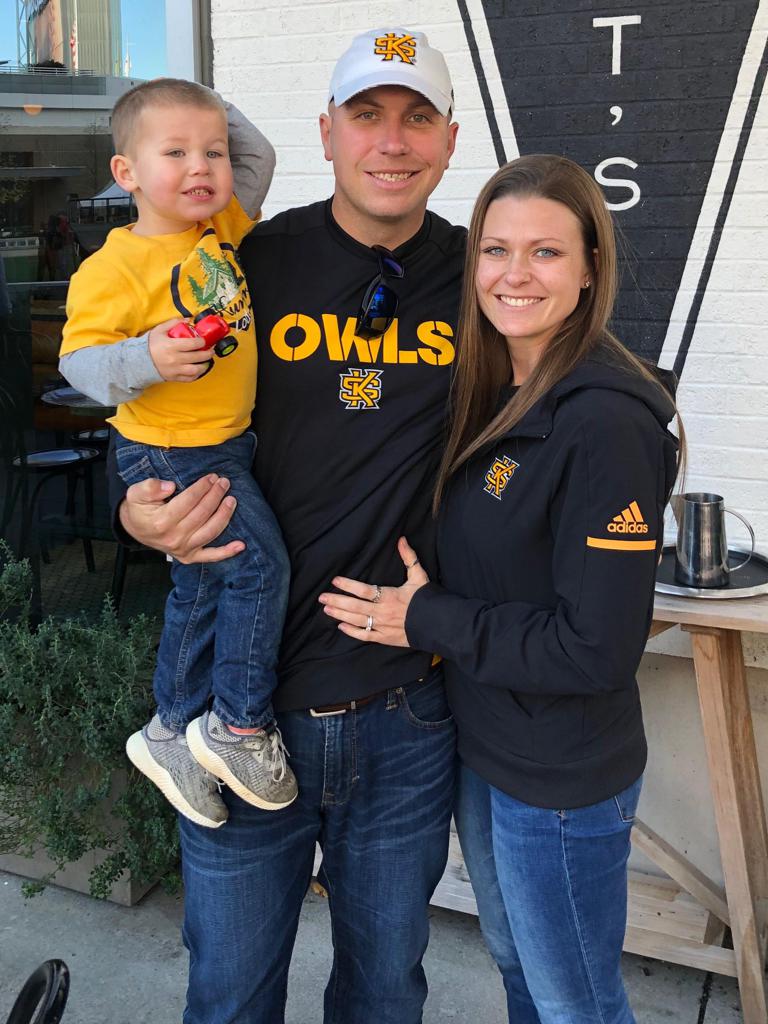 Cale enters his second year as Director of Track and Field and Cross Country at Kennesaw State University.

McDaniel came to KSU from Western Carolina where he was the Director of Track and Field and Cross Country for 2017 & 2018.

In his first year at the helm for Kennesaw State University, the Owls finished Runner-Up in the Atlantic Sun Conference.

Notable accomplishments at Western Carolina and the Southern Conference:

As both a WCU athlete and assistant coach, McDaniel also helped bring home 16 other Southern Conference titles during his tenure.  As a student-athlete, he was a six-time All-Southern Conference performer, while capturing two outdoor team titles in 2007 and 2010 and 1 indoor championship in 2008.

McDaniel has also been a member of the NCAA Executive committee since 2017. 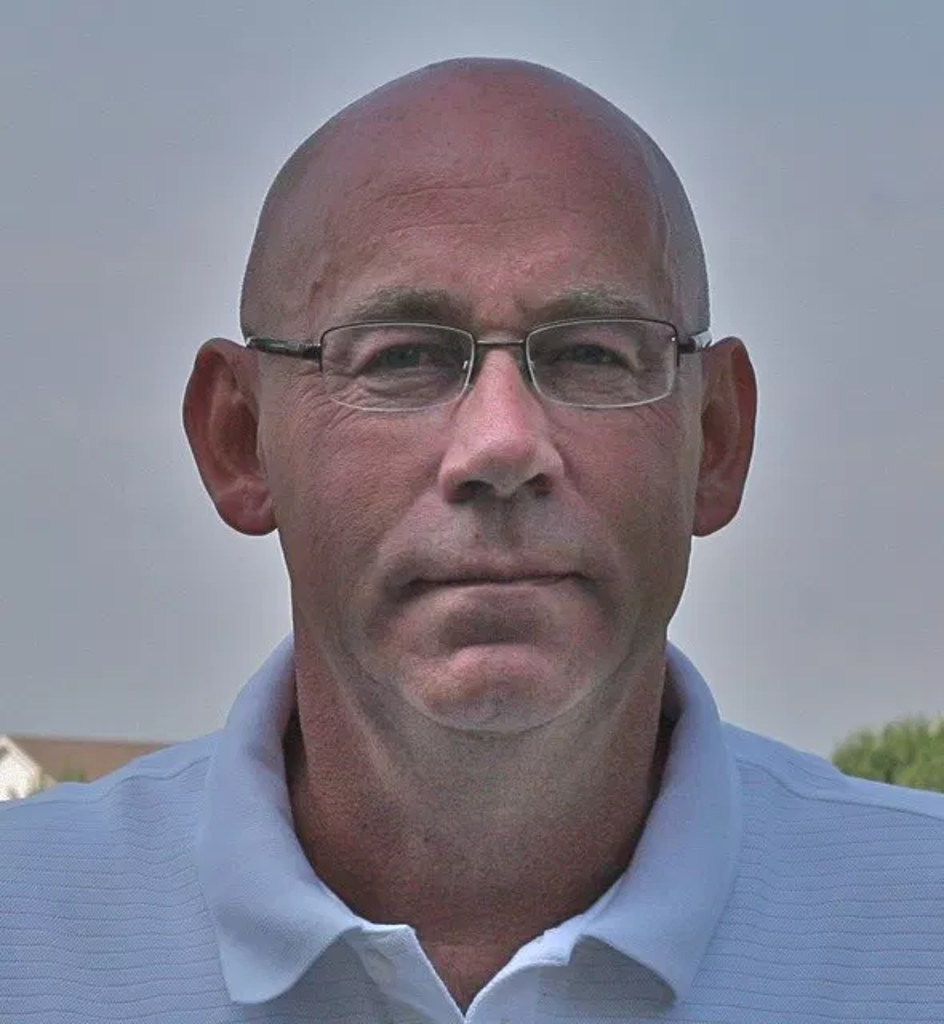 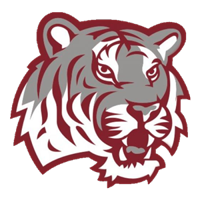 Tony Holler and Chris Korfist own the Track Football Consortium, providing education for coaches twice a year (December and June). TFC will expand in 2020 to Dallas (Jan 25-26) and St. Louis (Feb 7-8).

Tony is the originator of “Feed the Cats” and speaks at clinics and seminars from coast to coast. In September of 2019, Holler did a five workshop “Feed the Cats Tour” in England and Ireland, hosted by Jonas Dodoo.

He has produced the best-selling track and field video for Championship Productions in 2019, Feed the Cats: A Complete Sprint Training Program. Holler is also the author of nearly 200 articles about coaching, high performance, and education. 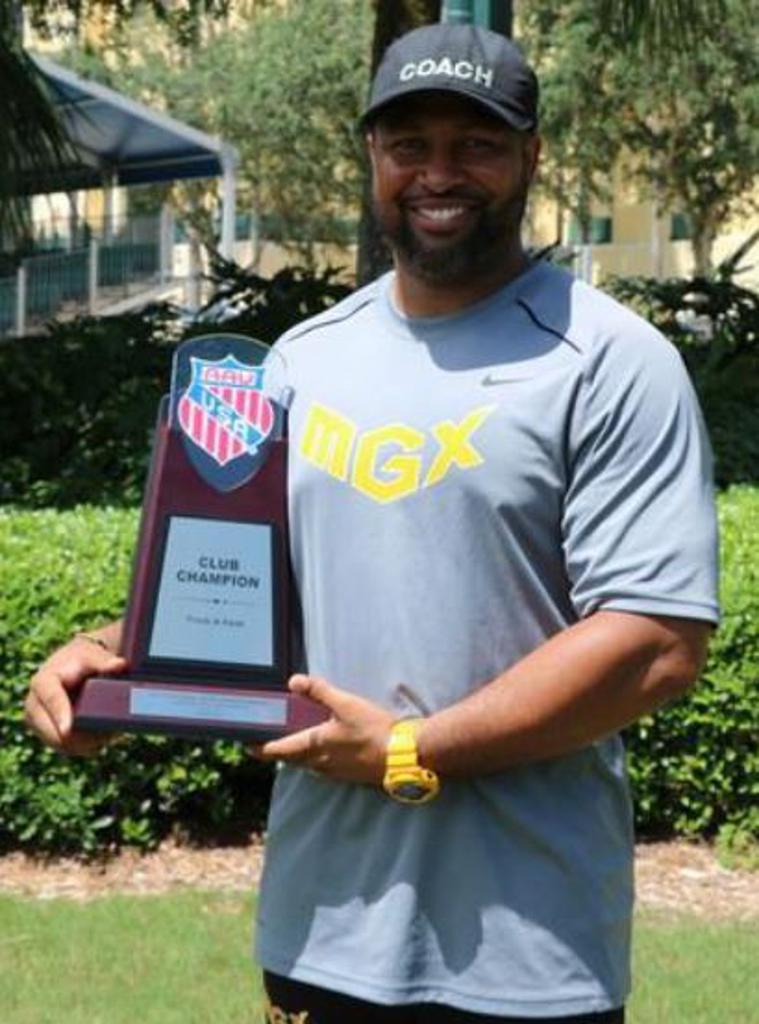 MGX is a non-profit organization which started in 2005 with the sole purpose to get local kids off the streets and provide an alternative outlet in track and field games. With a humble beginning and lack of training facility, MGX trained their athletics on a dirt and grass field with the minimum necessities and support at Norland Middle School. 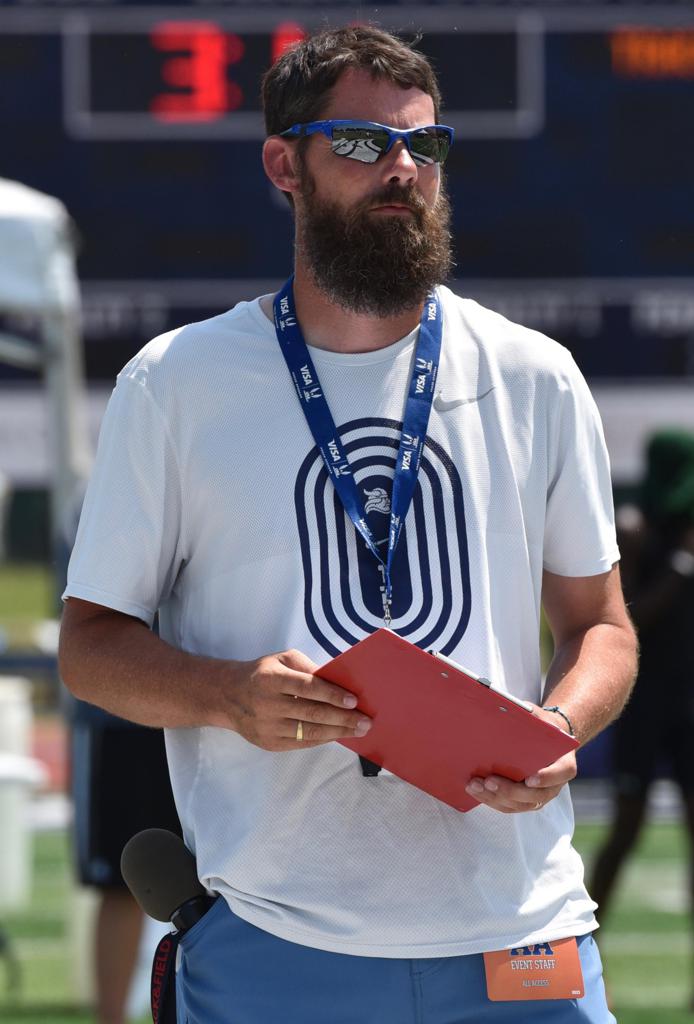 Coach Syverson, the GHSA State Meet Director/Host for 1A-Private/1A-Public/7A since the combining of classifications, brings a wealth of knowledge.

As a former athlete for Washington State in the LJ/TJ, Luke's extensive knowledge and commitment to coaches education for himself and programs he has been involved with at the high school & college level have paid off in huge dividends.

•Started HS program from scratch that went on to win five WIAA (Washington) T&F State Championships within first six years of being started. 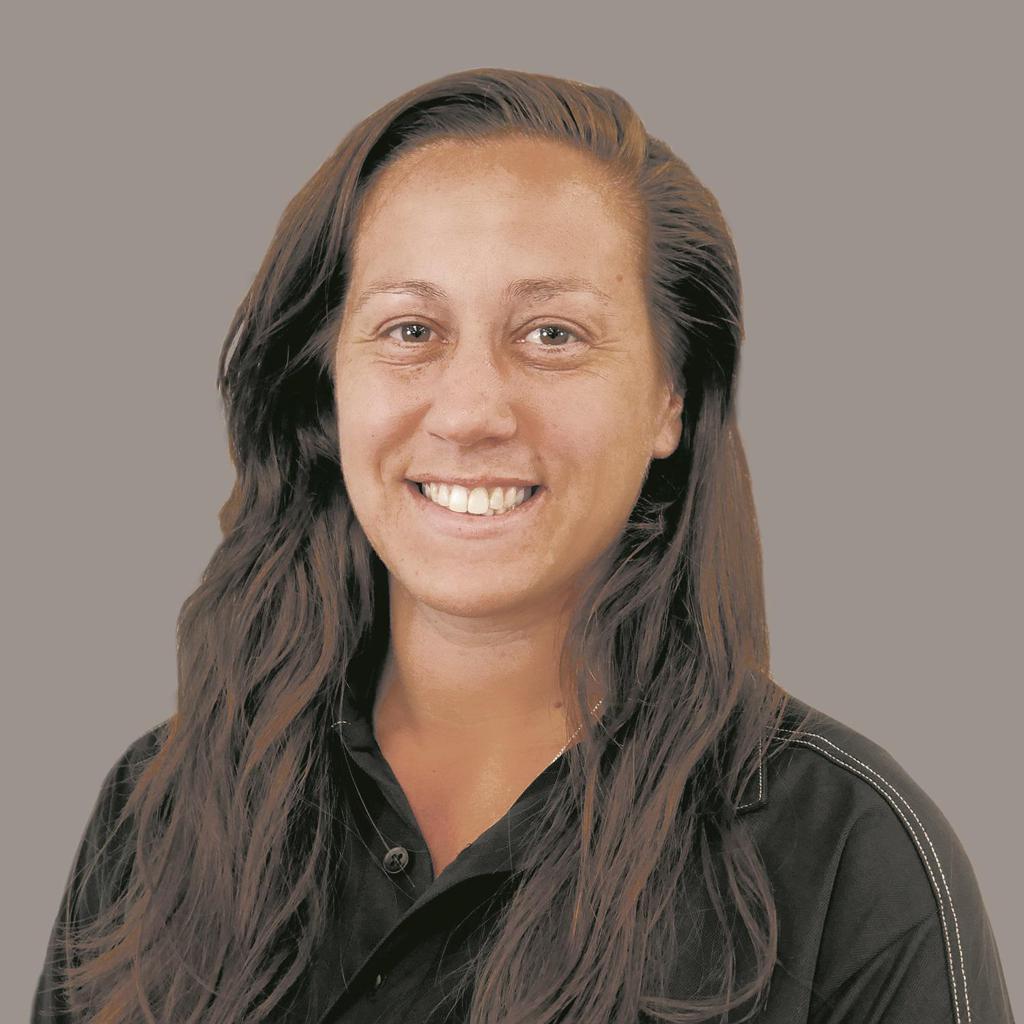 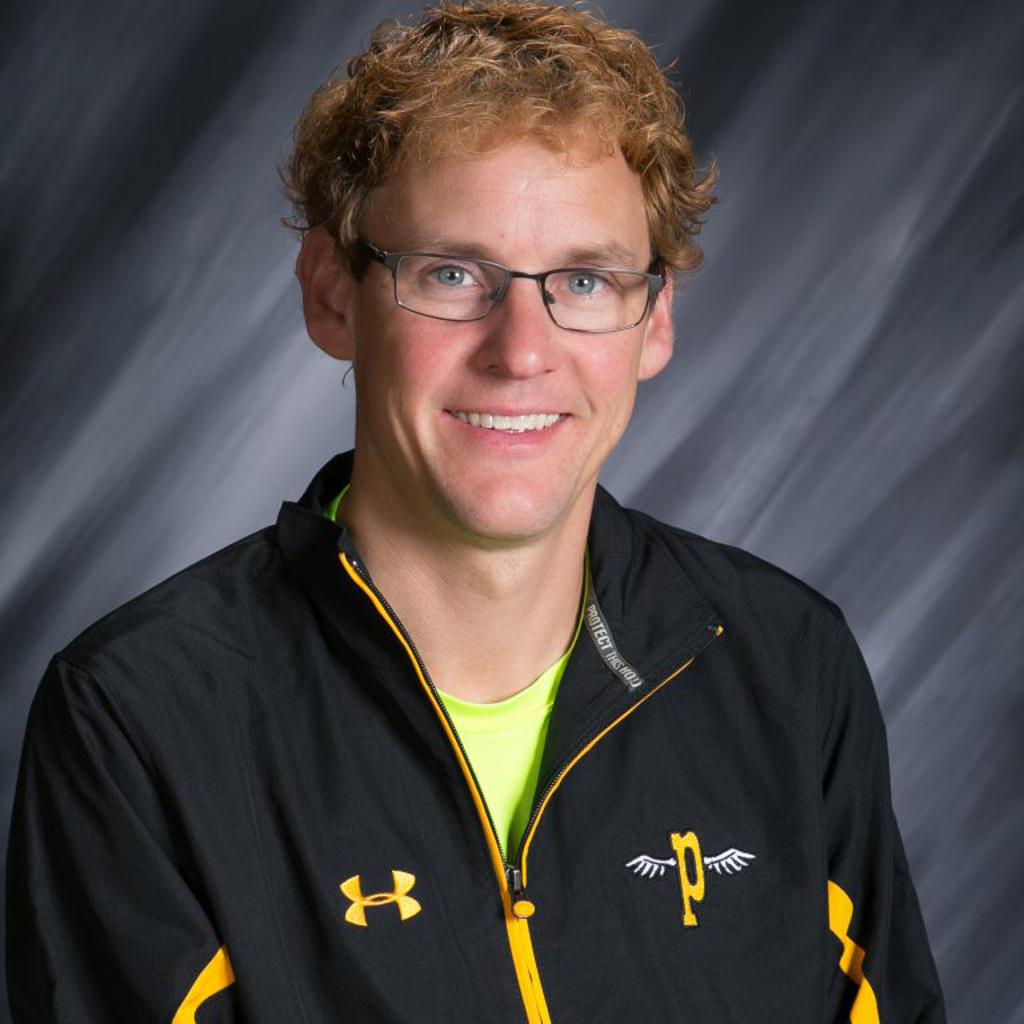 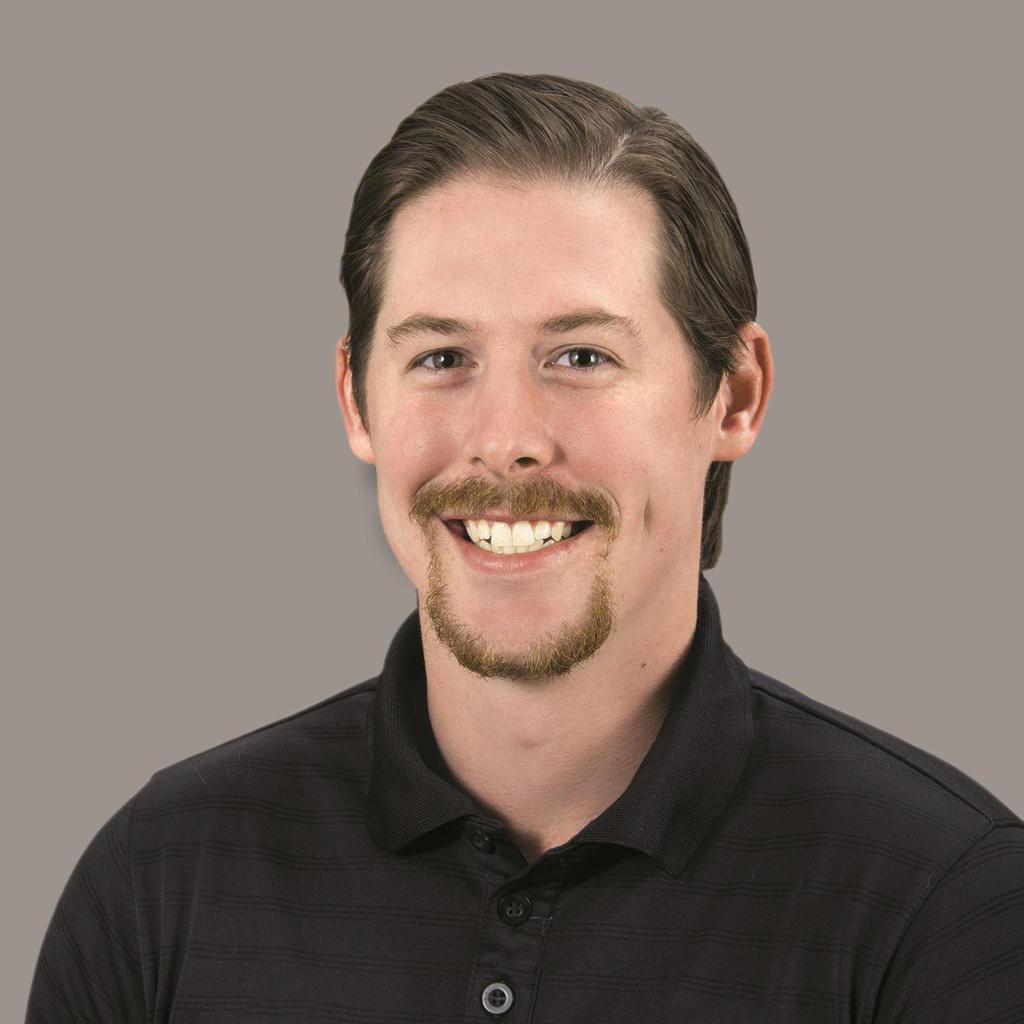 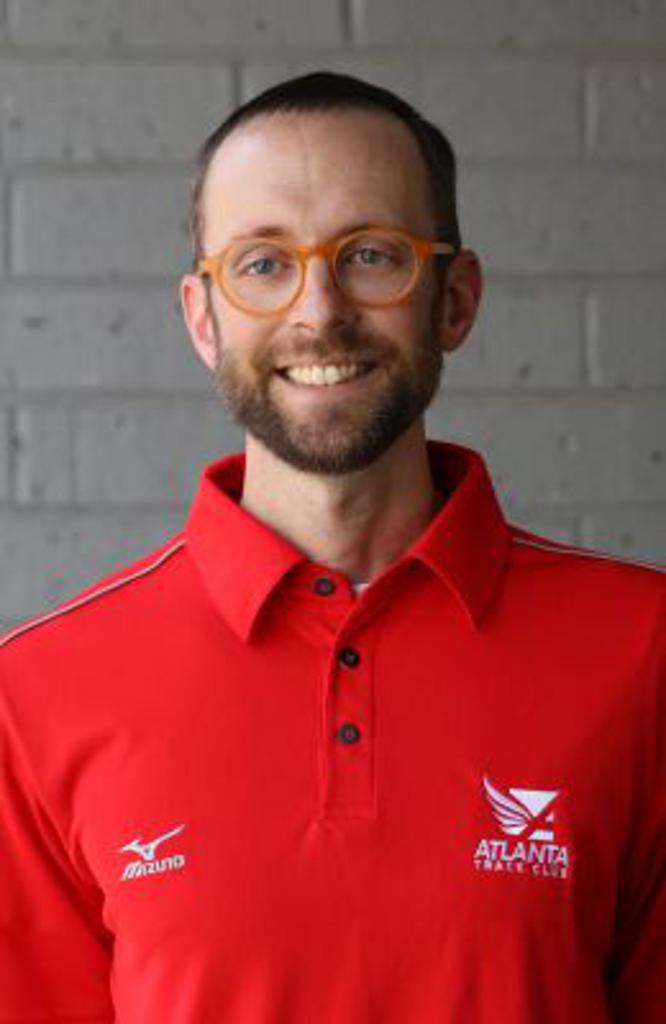 Mistakes to Avoid in Training

Coach Heintz, formerly the head track & field/cross country coach at the Marist School in Atlanta, currently serves as the director of the Atlanta Track Club's new High Performance Department that is responsible for guiding the future of the Club’s youth and adult training programs, enhancing the performances of the Club’s elite and masters teams, and will spearhead efforts to study outcome data measuring the effectiveness of the Club’s programs and the benefits of running and walking on the overall health and wellness of "Running City USA."

As a high school coach for thirteen years, Heintz has several accolades between both cross country and track & field such as:

During Heintz's tenure at Marist, they were the only school in Georgia history to win both girls and boys XC and girls and boys track & field state championships in the same year.

Eric is a USATF and USTFCCCAA certified coach and has been a competitive runner and coach for the past 24 years.

He competed collegiately at John Carrol University where he earned his BA in History. He went on to earn his Master of Arts in Teaching at Emory University and recently completed a graduate program in Educational Leadership from Johns Hopkins University.

He has a wife, Alison, and three young boys, Miles, Felix and Gus. 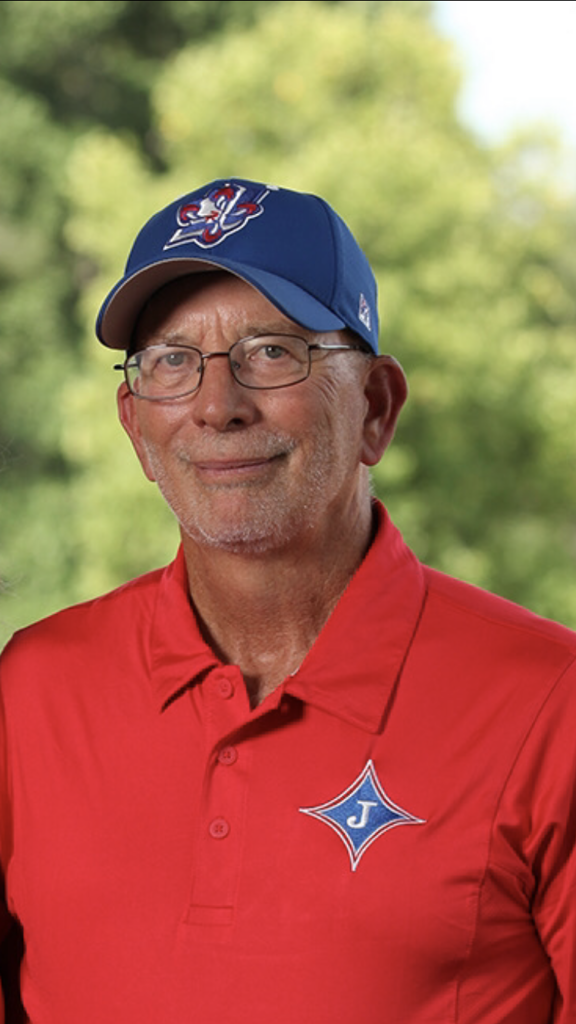 Brady enters his third year as Head Boys Track Coach at Jefferson High School.  He is also Head Boys and Girls Cross Country Coach.  Jefferson is the first job Brady has accepted that did not include coaching football.

His high school career includes 33 years coaching football, including stints as Head Coach, Offensive Coordinator and Defensive Coordinator.  His teams played in 5 state championship games at 4 different schools.  He served 17 seasons as a Head Track Coach and 7 as an assistant.  In 2012, he was inducted into the Georgia Track and Field Coaches’ Hall of Fame.

’96 Elbert Co. Comprehensive High School – send 28 of the Regions 32 entries to the state meet. Scored over 100 points at State. 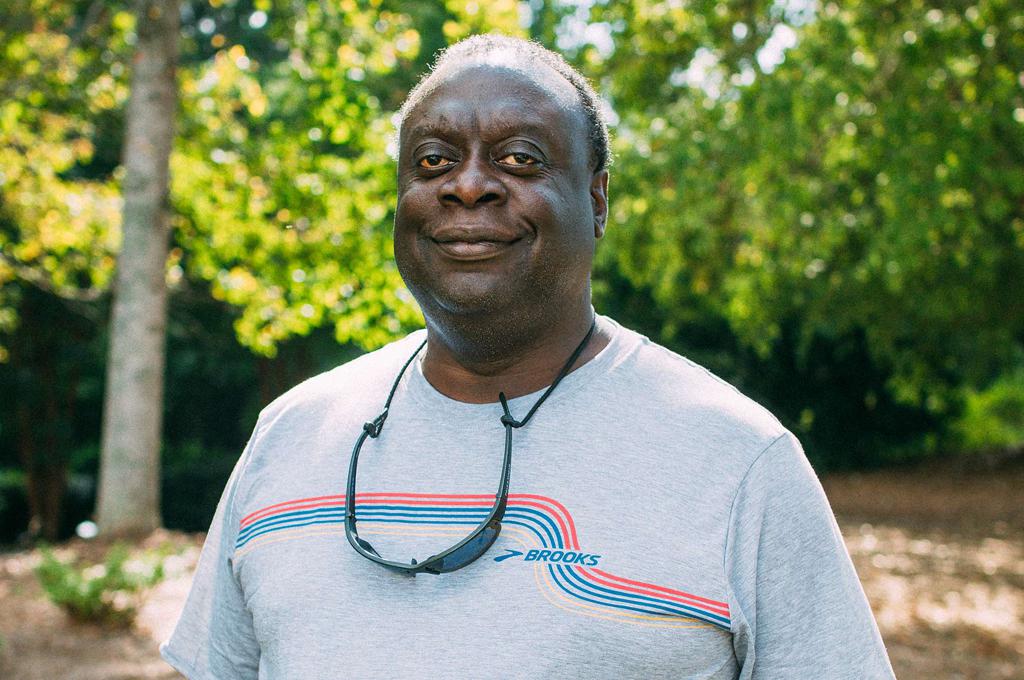 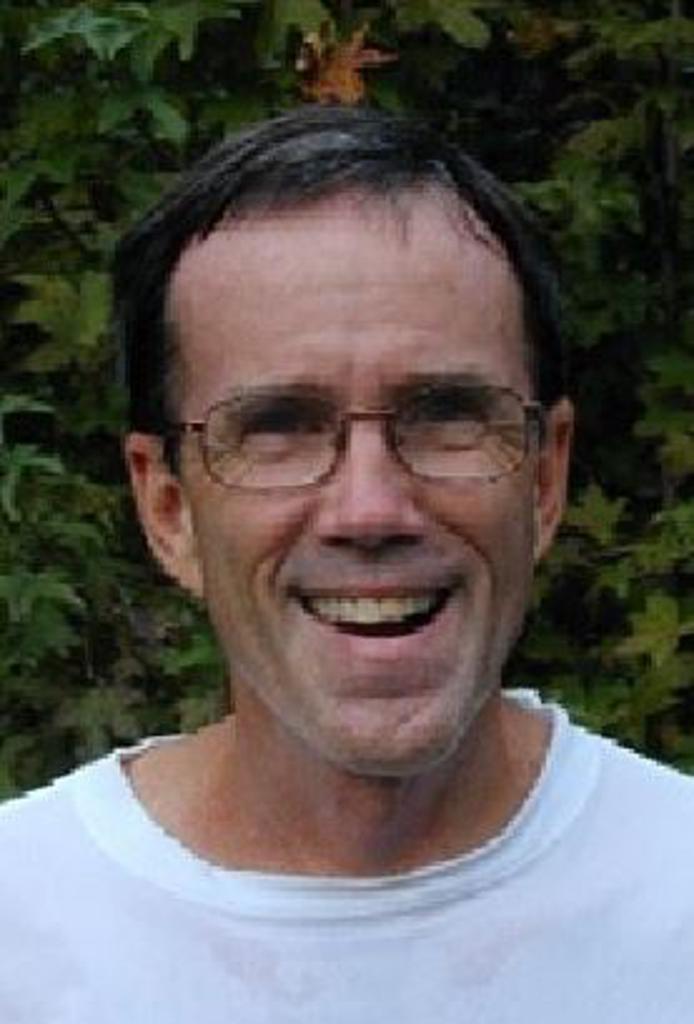 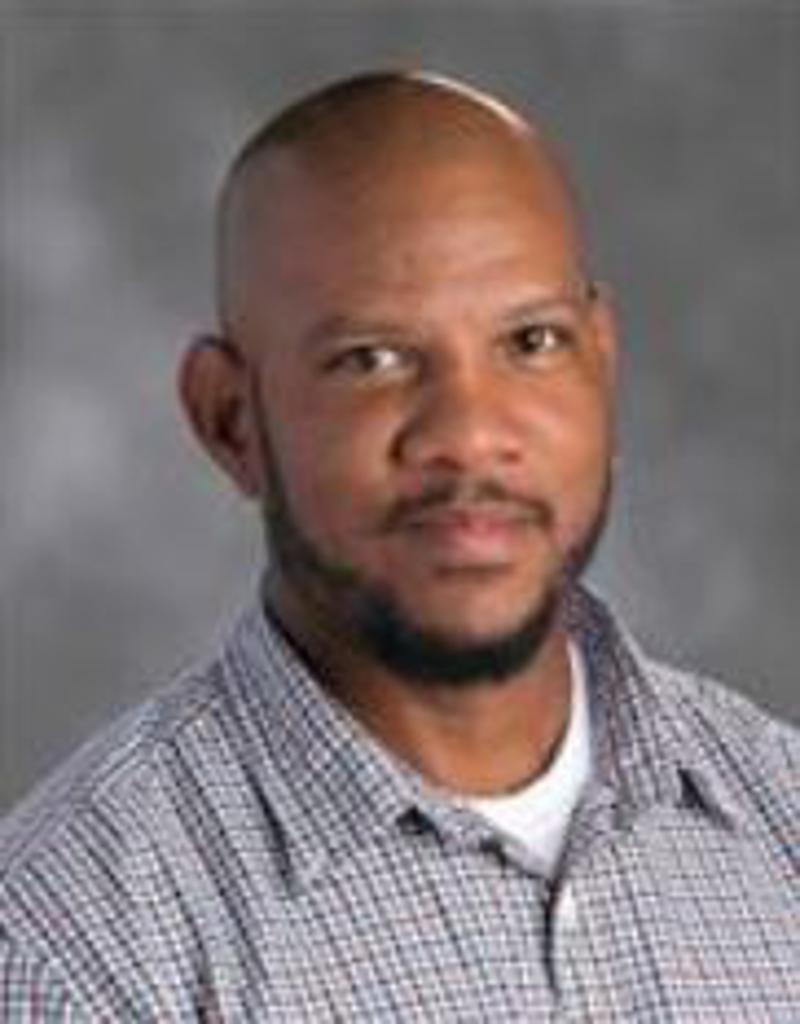 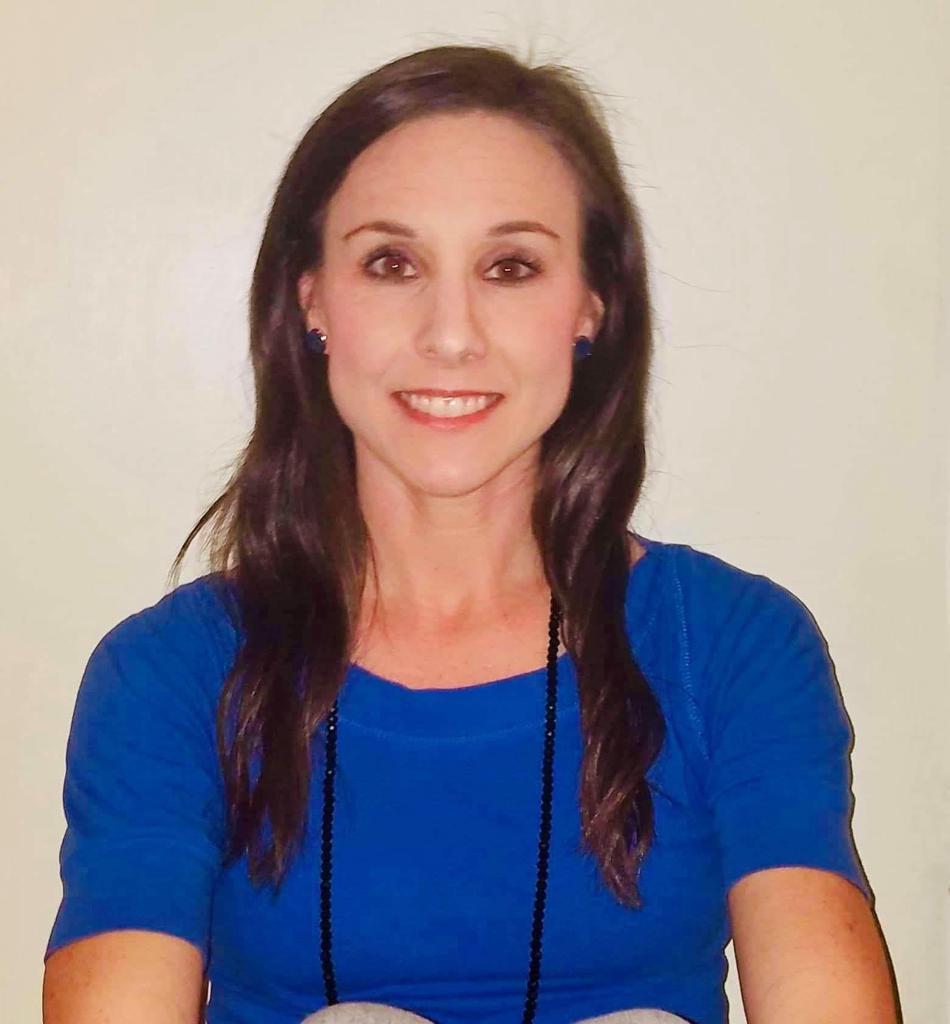 A Certified Health Education Specialist and health coach, Kendra Houghton is the Wellness Coordinator for the Unified Government of Athens-Clarke County, and she has been coaching distance runners at Oconee County High School for 17 years. She ran for Chattahoochee High School under Coach Mike Morris from 1996 through 1999, and for The University of Georgia from 1999 through 2002.  In addition to running the wellness program for the local government in Athens and coaching track and cross country, Kendra program consults and health coaches for various organizations and communities, teaches spin, and leads nutrition education sessions for high school athletic teams across the state.

Kendra’s five year old daughter, Allie, is an integral part of any team she coaches!  Kendra’s dad was a California state champion at Mt. SAC and a nationals qualifier at Kansas University in the early ‘70s, and he has been her greatest motivator and her teams’ greatest supporter throughout her running and coaching career. 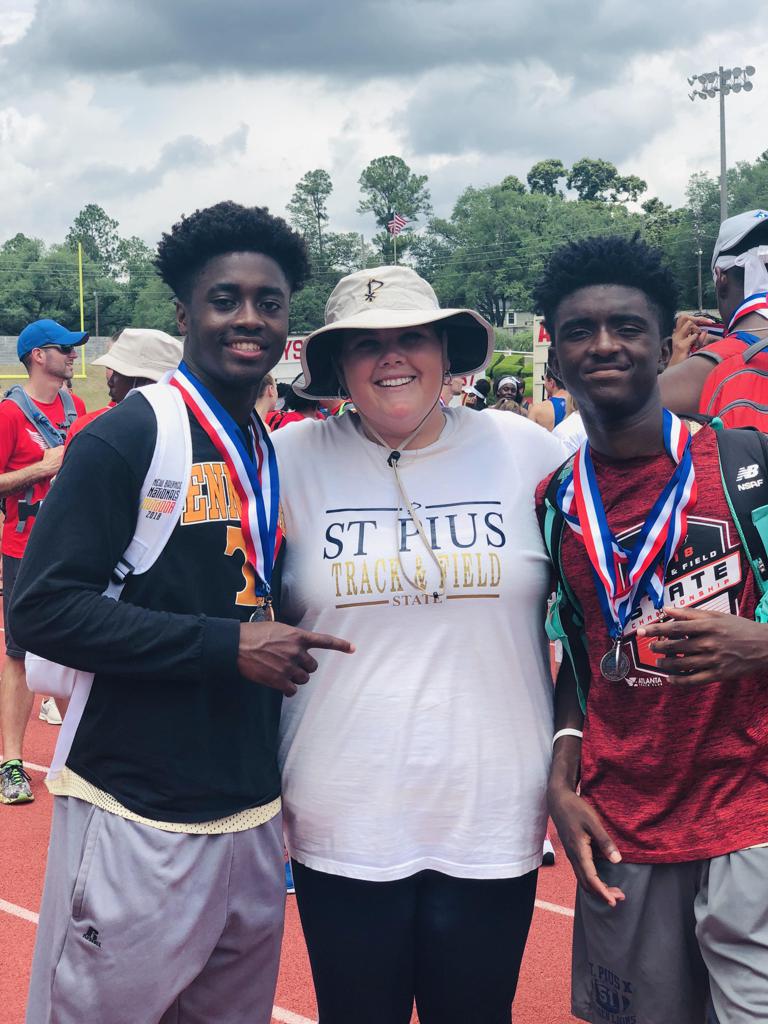 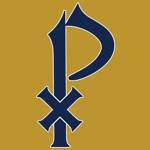 Coach Fannon will be entering her sixth season with the St. Pius X men's and women's track and field teams. During her time as a coach at St. Pius she has been apart of three boy's state championship teams and three top 10 performances in the girl's division. Her throwers have won four individual throwing titles as well as one state runner up. Her throwers have also broken numerous St. Pius throwing records. In 2019, her thrower Tanner Duffin, become the 4A State Championship Shot Put record holder. She was named 2018 GATFXCCA Boys throws coach of the year. Coach Fannon is a certified Level 1 and Level 2 USA Track & Field Coach.

During her time as a student at St. Pius, she threw all four years as well as throwing under Mike Judge at Throw 1 Deep. She went on to throw collegiality at Georgia Southern University specializing in the weight throw and hammer throw.  She graduated in 2013 with a Sport Management degree with a minor in Business. She recently graduated with her masters degree at Mercer University in education. 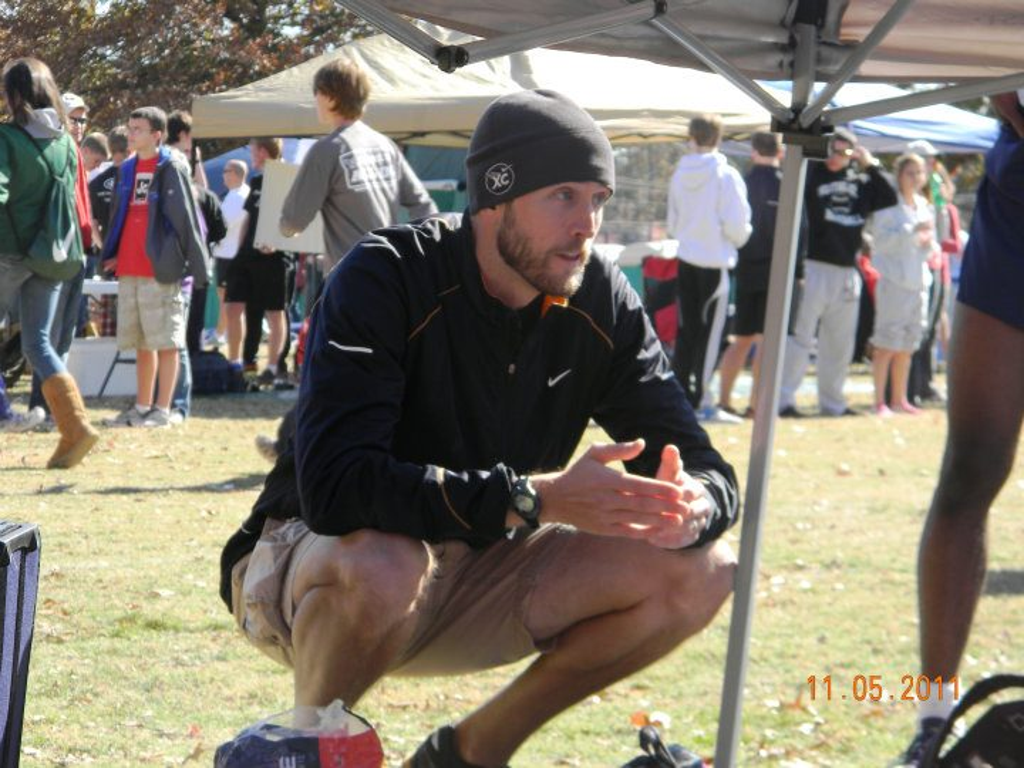 Starting a XC Program from Scratch 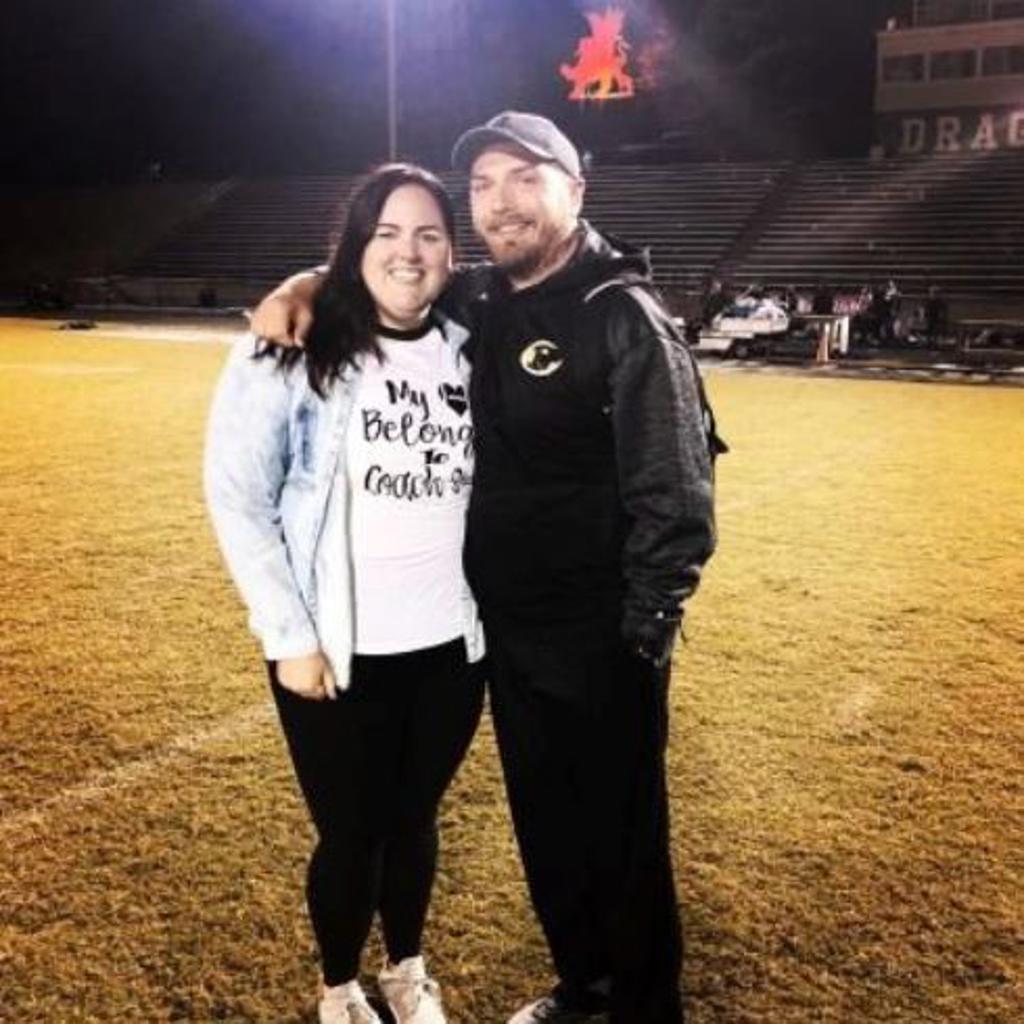 FreeLap Techonology to Improve/Recruit Your Program

Joe Stokowski is the head boys track & field coach at Pepperell High School where he specializes in the speed development of all track and football athletes. During his first season as the coach of the Dragons, Pepperell saw the top performances of the last decade in the 100m, 300m hurdles, and 4x100m relay. As a disciple of Tony Holler's "Feed The Cats" training methodology, Stokowski utilizes many technological tools to improve the force production of all athletes ranging from 290 lb. linemen to 120 lb. distance runners.

Want to be a Vendor/Sponsor?