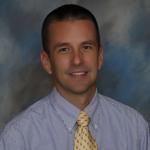 How long have you been coaching and at what schools?

I've been at Brookwood High School in Snellville for a little over 10 years. That was my first coaching/teaching job. I got really lucky.

How did you get into teaching/coaching?

I got into coaching when Brookwood's former principal asked my sister if she was interested in being the girl's XC coach. My sister was at an elementary school at the time, was really enjoying it, and wasn't interested in leaving. So, then the principal asked me.  I was in a different profession, but was ready for a change. Teaching & coaching were always on my mind and, when given the chance by Ms. Dees at Brookwood, I jumped at it. My sister was a better athlete than me and is a lot smarter than me. So, it makes sense that they'd ask her before me. I'm glad she turned them down, though. Ironically, my sister is now one of my assistants. As payback for her being Brookwood's first choice, I always give her all the crappy jobs during the XC season, like cleaning up the trash at meets, rinsing out the port-a-potties, etc. It's what any good older brother would do, I think.

Did you have running in your background?

I ran at Brookwood and also at UGA. I had really great experiences at both places. A lot of my best friends are the guys & girls that were my teammates at those places or who I met through running in high school & college. I took some time away from running for a few years after graduating from UGA. I got back into running after college after I saw Coach Tomy Sitton at a meet. He patted my belly and told me that I looked like I'd "put on a few pounds". I resumed running the very next day. Coach Dehnke (Brookwood boys' coach) and I run every morning before school now. We'll hop in a few races for fun every now and then. I've run a few marathons. But, nothing super competitive right now.

What would you say is your overall coaching philosophy/motivation?

I really didn't have a philosophy for the first 10'ish years I was coaching. I went to a coaching clinic where a coach talked about the importance of a guiding coaching philosophy. After that, I was like, "Man, I gotta get one of those!" Like most coaches, I want to make sure the kids learn the relationship between hard work and success. I think that the two best things kids today can get from cross country are the concept of delayed gratification and the importance of sacrifice. Giving kids the opportunities to learn the importance of those two things is my guiding philosophy right now.

What is your opinion about the state of XC/Track in Georgia right now? Any changes you'd like to see happen?

I think XC & Track and Field in Georgia are a little behind where we could be. We have some of the greatest track & field athletes in the country, yet they're not all getting showcased. I think the biggest reason for that is distrust amongst some in the track community. Big school & small school, metro & non-metro, distance & sprint coaches. There's just not enough trust there, and there really should be. There is a lot more common ground between those groups than some might think. Also, there are those who are only interested in what's best for their schools & their kids. I think that's short-sighted. Fortunately, we have a lot of great coaches around the state that work hard together to move the sport forward. We're definitely moving in the right direction. We may be moving slowly, but we're moving. Like most of the state, I'd love to see the 4x8 & 4x2 added and to see Georgia in line with the NFHS.

How are you different now as a coach vs when you started?

When I first started coaching, it was just me and my wife. We didn't have kids, yet. We've got two great kids now. So, I have to be a lot more protective of my time now. It's sometimes difficult to make sure that I don't spend more time taking care of other people's kids than I do my own. I doubt anyone has ever said on their deathbed, "I wish I would've spent more time at work." I try hard to remember that and to make sure I protect my family time during the Fall & Spring and don't go overboard with the coaching stuff.

What are the things about coaching that you really enjoy?

I really, really enjoy practice. When things are really rolling, everyone's healthy, and you get this sense that something special is happening, that's such a great feeling. When that happens at practice, it's almost like success at meets is a foregone conclusion. I also really enjoy seeing former athletes out and about after they've graduated. I've been blessed to coach some really great kids. Seeing them after college and they're nurses, veterinarians, dentists, even several teachers/coaches; it's really cool.

EXCLUSIVE equipment dealer of our clinic!